Coimbatore is the Second largest City in Tamilnadu After Chennai.  and the sixteenth largest urban agglomeration of India  . With a population of more than 50 lakhs. There are more than 30,000 tiny small, medium and large industries and textile mills. The city is known for its entrepreneurship of its residents. The climate is comfortable round the year.

The city is situated on the banks of the river Noyyal. Coimbatore existed even prior to the 2nd Century AD as a small tribal village capital called Kongunad until it was brought under Chola control in the 2nd or 3rd Century AD by Karikalan, the first of the early Cholas. When Kongunad fell to the British along with the rest of the state, its name was changed to Coimbatore and it is by this name that is knoen today, except in Tamil, in which it is called Kovai.

The rick black soil of the region has contributed to Coimbatore’s flourishing agriculture industry and, it is in fact, the successful growth of cotton has served as a foundation for the establishment of its famous textile industry.

There are more than 25,000 small, medium, large scale industries and textile mills. Coimbatore is also famous for the manufacture of motor pump sets and varied engineering goods, due to which it has earned the title ” Detroit of the South”. The Development of Hydro electricity from the Pykara Falls in the 1930s led to a cotton boom in Coimbatore. The result has been a strong economy and a reputation as one of the greatest industrial cities in South India.

According to ancient manuscripts, Coimbatore’s history can be traced to the Irula tribal chief Kovan and his clan who were it’s earliest settlers and the founders of “Kovanpatti ” a part of Kongunadu. Years later, the surrounding forests were cleared, and a new village was formed called “Kovanputhur”, which over the years came to be known as “Coimbatore”.

In spite of it’s prominence as sa bustling industrial city, Coimbatore still remains one of the most pollution free cities in India. Covering an area of  23.5 square kilometers, the city houses some of the biggest names in Indian Industry. The major industries include textiles, textile machinery, automobile spares, motors, electronics, steel and aluminium foundries. Tirupur – a neighbouring town has carved a niche for itself in the garments market. Agriculture however remains the major occupation. The rich fertile soil and tropical climate is excellent for the growth of millet, paddy, cotton, tea, oil seeds and tobacco.

The city is also known for it’s educational institutions. Coimbatore Agricultural University is renowned as one of the best colleges of it’s kind in South Asia. In spite of it’s industrial and technological growth, traditions and age old customs are still held in high esteem. The temples bear witness to the religiousness and love of art and architecture of the people. There are also a number of places of tourist interest around Coimbatore. Ootacamund (Ooty for short), is one of the most popular tourist spots in India.

ICAECT 2019 had participants from the following countries 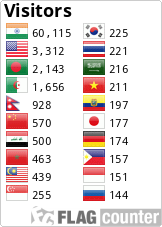